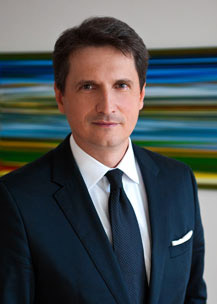 Founder of the Firm

Matthias Bosch has worked in the intellectual property field since 1993, when beginning his doctoral thesis at the Max-Planck-Institute for Intellectual Property in Munich. During his German law studies, Matthias was a scholar at the University of Washington School of Law in Seattle, comparing U.S., European and German patent law for inclusion in his doctoral thesis related to medical process patents.

In his current practice, Matthias works closely with his team prosecuting medium and large international patent portfolios comprising several thousand patent applications and patents. His work also includes coordinating the patent prosecution of Chinese, Taiwanese and Korean patent counterparts. During the last several years, he has built strong alliances with Asian patent law firms enabling the firm to offer consolidated intellectual property services. A primary focus of his practice is to coordinate and synchronize his clients’ international patent prosecution so that potential litigations and licensing arrangements can be seamlessly handled and pitfalls avoided.